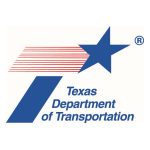 SAN ANTONIO–(BUSINESS WIRE)–Approximately 1 in 5 crashes in Texas involves distracted
driving, which continues to be a problem in the state, even after a
state law banned texting and driving in 2017.

“Our message is no longer just a public safety suggestion to urge Texans
to avoid distraction while operating a vehicle – it is to remind them of
the law that now forbids such activity,” said TxDOT Executive Director
James Bass. “One life lost is one too many and distracted driving is
completely preventable.”

The statewide texting while driving ban could be helping a little.
According to recent data, the number of crashes involving distracted
driving in Texas decreased by 6% when comparing the 12-month periods
before and after the statewide texting-while-driving ban took effect on
Sept. 1, 2017. Then in 2018, TxDOT introduced “Heads
up, Texas” to address the new law with a new call to action.

The 2019 campaign will kick off June 4 in San Antonio with the return of
a 12-city, virtual reality experience tour in collaboration with AT&T It
Can Wait to educate Texans about the dangers of driving while being
distracted.

Other campaign activities include social media and audio and
video/television PSAs.

The “Heads up, Texas” campaign is a key component of #EndTheStreakTX, a
broader word-of-mouth and social media effort that encourages drivers to
make safer choices while behind the wheel. Since November 8, 2000, at
least one person has died on Texas roadways every single day.
#EndTheStreakTX asks all Texans to commit to driving safely to help end
the streak of daily deaths on our roadways.

For media inquiries contact TxDOT Media Relations at MediaRelations@txdot.gov
or (512) 463-8700.

The TxDOT information contained in this report represents reportable
data collected from the Texas Peace Officer’s Crash Report (CR-3).This
information was received and processed by the department as of February
27, 2019.

The Texas Department of Transportation is responsible for maintaining
80,000 miles of road and for supporting aviation, rail, and public
transportation across the state. Through collaboration and leadership,
we deliver a safe, reliable, and integrated transportation system that
enables the movement of people and goods. Find out more at txdot.gov.

It’s Time for the Next Generation of Streaming Service