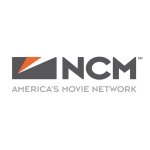 The new Shuffle original trivia games are based on the entire
Pixar feature film universe and are a fun part of the marketing campaign
for Disney and Pixar’s Toy Story 4, which opens in U.S. theaters
on June 21, 2019.

Designed as a web app at www.noovie.com/shuffle, Shuffle is
a whirlwind collection of card-based movie-trivia mini-games where
players must answer questions as quickly as possible to earn points
before time runs out. Questions will come fast and furious, and players
will be sorting, flinging, and swiping cards at a breakneck pace to
accumulate points and earn the best score. Movie fans can test their
Hollywood IQ anytime, anywhere, with a fun mix of challenging new Shuffle trivia
games based on their favorite Pixar films, including:

New games and new card decks featuring movie topics based on studios or
universes, specific films, or film categories like supervillains, movie
music superstars, giant monsters, movie toys, and many more are added to Shuffle on
an ongoing basis to match the current film slate and keep Shuffle fresh
and challenging for players.

“Fans have been looking forward to Toy Story 4 for a long time,
and this first-ever collaboration with Shuffle lets them gear up
for Woody and the gang’s latest adventure in a unique and engaging way,”
said David Sieden, Vice President, Cinema Partnerships at The Walt
Disney Studios. “Movie trivia has always been an audience favorite, and
Shuffle’s new mobile games are an entertaining way for people to connect
with the Pixar characters and films that they love, both in the theater
and beyond.”

“Disney is once again leading the way in mobile movie gaming, and we’re
very excited to work with them on our first studio collaboration for Shuffle,
Noovie’s new movie trivia game,” said NCM Chief Digital Officer,
Rick Butler. “What’s especially cool about Shuffle is that movie
audiences can play anytime, anywhere, so fans can enjoy it while they’re
in their local Noovie theater waiting for the movie to start, or
while they’re at home or on the go. By going beyond the big screen,
we’re making movies an even bigger part of people’s daily lives.”

Woody (voice of Tom Hanks) has always been confident about his place in
the world, and that his priority is taking care of his kid, whether
that’s Andy or Bonnie. So, when Bonnie’s beloved new
craft-project-turned-toy, Forky (voice of Tony Hale), declares himself
as “trash” and not a toy, Woody takes it upon himself to show Forky why
he should embrace being a toy. But when Bonnie takes the whole gang on
her family’s road trip excursion, Woody ends up on an unexpected detour
that includes a reunion with his long-lost friend Bo Peep (voice of
Annie Potts). After years of being on her own, Bo’s adventurous spirit
and life on the road belie her delicate porcelain exterior. As Woody and
Bo realize they’re worlds apart when it comes to life as a toy, they
soon come to find that’s the least of their worries. Directed by Josh
Cooley (Riley’s First Date?), and produced by Mark Nielsen
(associate producer Inside Out) and Jonas Rivera (Inside
Out, Up), Disney and Pixar’s Toy Story 4 ventures
to U.S. theaters on June 21, 2019

National CineMedia (NCM) is America’s Movie Network. As the #1
Millennial weekend network in the U.S., NCM is the connector between
brands and movie audiences. According to Nielsen, more than 750 million
moviegoers annually attend theaters that are currently under contract to
present NCM’s Noovie pre-show in 58 leading national and
regional theater circuits including AMC Entertainment Inc. (NYSE:AMC),
Cinemark Holdings, Inc. (NYSE:CNK) and Regal Entertainment Group (a
subsidiary of Cineworld Group PLC, LON: CINE). NCM’s cinema advertising
network offers broad reach and unparalleled audience engagement with
over 20,900 screens in over 1,700 theaters in 187 Designated Market
Areas® (all of the top 50). NCM Digital goes beyond the big screen,
extending in-theater campaigns into online and mobile marketing programs
to reach entertainment audiences. National CineMedia, Inc. (NASDAQ:NCMI)
owns a 48.6% interest in, and is the managing member of, National
CineMedia, LLC. For more information, visit www.ncm.com
and www.noovie.com.