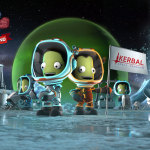 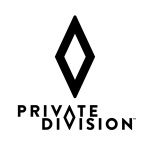 With Kerbal Space Program: Breaking Ground Expansion
players will have all new robotic parts that include hinges, rotors,
pistons, and more in a variety of different sizes. These parts encourage
the invention of deeply creative vehicles with further advanced
functionality than ever before.

Deployed science is another major addition of this expansion, which
enhances the experiments and data-collection objectives that have gone
hand-in-hand with space exploration. Players will be able to utilize a
storage container in their craft that can hold various pieces of science
equipment. Upon reaching their destination, players can deploy equipment
to monitor and collect data through assorted methods and relay it back
to Kerbin, the Kerbals’ home planet. One scientific instrument, the
active seismometer, even tasks players to deliberately crash
contraptions into a celestial body to gather seismic data!

Kerbal Space Program: Breaking Ground Expansion also
changes the experience players have when exploring celestial bodies. New
surface features are scattered across planets throughout the solar
system and can be scanned utilizing a new robotic arm attached to
rovers. These surface features include cryovolcanoes, meteors, craters,
and many more mysterious objects for players to investigate.
Additionally, the expansion includes a new futuristic
space suit for the Kerbals so they can travel space in style.

“We are always listening closely to the ever-expanding Kerbal
Space Program Community, and Breaking Ground addresses
a long-requested aspect of the game that we have been working hard to
fulfill: compelling reasons to explore and research planets,” said
Nestor Gomez, Lead Producer at Squad. “Players now have even more
reasons to explore the celestial bodies of the solar system.”

“The creativity of the KSP community is something that never ceases to
amaze us,” said Michael Cook, Executive Producer at Private Division. “Kerbal
Space Program: Breaking Ground Expansion is packed with content
that we believe will add countless hours of fresh gameplay, as well as
generate some incredible new craft designs from players. We can’t wait
to see what they come up with.”

In Kerbal Space Program, players take charge of the space
program for the alien race known as the Kerbals, and have access to an
array of parts to assemble a fully functional spacecraft that flies (or
doesn’t) based on realistic aerodynamic and orbital physics. Launch your
Kerbal crew into orbit and beyond (while keeping them alive) to explore
moons and planets in the Kerbol solar system, constructing bases and
space stations to expand the reach of your expedition.

Kerbal Space Program features three gameplay modes. In
Science Mode, players can perform space experiments to unlock new
technology and advance the knowledge of Kerbalkind. In Career Mode, you
can oversee every aspect of the space program, including construction,
strategy, funding, upgrades, and more. In Sandbox, players can build any
spacecraft that they can think of, with all parts and technology in the
game.

Kerbal Space Program: Breaking Ground Expansion is now
available on PC for $14.99 (MSRP). Kerbal Space Program is
rated E for Everyone by the ESRB. For more information on Kerbal
Space Program, subscribe on YouTube,
follow us on Twitter,
become a fan on Facebook,
and visit www.KerbalSpaceProgram.com.

Based in Mexico City, Squad are the developers of the critically
acclaimed space simulation game, Kerbal Space Program. Comprised
of an international team of talented, passionate and ambitious
individuals that love videogames, space, and science, they have
reinvented themselves into full-time video game development.

Headquartered in New York City, Take-Two Interactive Software, Inc. is a
leading developer, publisher and marketer of interactive entertainment
for consumers around the globe. The Company develops and publishes
products principally through its wholly-owned labels Rockstar Games and
2K, as well as its Private Division label and Social Point, a leading
developer of mobile games. Our products are designed for console systems
and personal computers, including smartphones and tablets, and are
delivered through physical retail, digital download, online platforms
and cloud streaming services. The Company’s common stock is publicly
traded on NASDAQ under the symbol TTWO. For more corporate and product
information please visit our website at http://www.take2games.com.

Private Division is a developer-focused publisher that empowers
independent studios to develop the games that they are passionate about
creating, while providing the support that they need to make their
titles critically and commercially successful on a global scale. The
label publishes Kerbal Space Program and will publish upcoming
titles with renowned creative talent at studios including The Outer
Worlds from Obsidian Entertainment, Ancestors: The Humankind
Odyssey from Panache Digital Games, an unannounced title from V1
Interactive, and more. Private Division is headquartered in New York
City with offices in Seattle, Las Vegas, and Munich. For more
information, please visit www.privatedivision.com.

All trademarks and copyrights contained herein are the property of their
respective holders.

The statements contained herein which are not historical facts are
considered forward-looking statements under federal securities laws and
may be identified by words such as “anticipates,” “believes,”
“estimates,” “expects,” “intends,” “plans,” “potential,” “predicts,”
“projects,” “seeks,” “should,” “will,” or words of similar meaning and
include, but are not limited to, statements regarding the outlook for
the Company’s future business and financial performance. Such
forward-looking statements are based on the current beliefs of our
management as well as assumptions made by and information currently
available to them, which are subject to inherent uncertainties, risks
and changes in circumstances that are difficult to predict. Actual
outcomes and results may vary materially from these forward-looking
statements based on a variety of risks and uncertainties including: our
dependence on key management and product development personnel, our
dependence on our Grand Theft Auto products and our ability to
develop other hit titles, the timely release and significant market
acceptance of our games, the ability to maintain acceptable pricing
levels on our games, and risks associated with international operations.
Other important factors and information are contained in the Company’s
most recent Annual Report on Form 10-K, including the risks summarized
in the section entitled “Risk Factors,” the Company’s most recent
Quarterly Report on Form 10-Q, and the Company’s other periodic filings
with the SEC, which can be accessed at www.take2games.com.
All forward-looking statements are qualified by these cautionary
statements and apply only as of the date they are made. The Company
undertakes no obligation to update any forward-looking statement,
whether as a result of new information, future events or otherwise.